More on Avast Inside Out

The tangle of WiryJMPer’s obfuscation

The story of how we conquered WiryJMPer’s obfuscation begins with a simple binary file posing as an ABBC Coin wallet. We found the file suspicious, as the file size was three-times as big as it should be, and the strings in the file corresponded to other software WinBin2Iso (version 3.16) from SoftwareOK. ABBC Coin (originally Alibaba Coin, not affiliated with Alibaba Group) is an altcoin, one of many blockchain-based cryptocurrencies. WinBin2Iso, on the other hand, is software that converts various binary images of CD/DVD/Blu-ray media into the ISO format. Behavioral analysis revealed that the binary, posing as an ABBC Coin wallet, is a dropper, which we will, from now on, refer to as WiryJMPer. WiryJMPer hides a Netwire payload between two benign binaries.

The first stage of the payload innocently appears as a regular WinBin2Iso binary with a suspiciously large .rsrc section. The JMP instruction, which is normally part of a loop handling window messages, jumps into the .rsrc section where a roller-coaster of control flow begins. This causes an unresponsive WinBin2Iso window to appear briefly before being replaced by a ABBC Coin wallet window. This window is always shown at startup and thus it is a good indicator of infection.

While this functionality isn’t novel in any sense and no sandbox evasion was utilized, the obfuscation was uncommon enough to gain our attention. The combination of control flow obfuscation and low level code abstraction made the analysis of the malware’s workflow rather tedious. This, in combination with the low detection rate on VirusTotal (6 out of 66 as of 7/8/2019), provided us a great excuse to rummage through our toolbox to perform the analysis. Moreover, during the analysis, we found that the obfuscated loader also utilises a (possibly) custom stack-based virtual machine during the RC4 key schedule, which aroused our interest even more.

Due to the aforementioned reasons and low overall prevalence, this analysis will focus on the obfuscation itself. Resulting side-effects and the malware’s functionality, will be mostly mentioned as side-notes.

The malware starts in the WinBin2Iso binary that has a patched jump. This jump leads to the .rsrc section, where a loader is decrypted, loaded into memory and relocations are made.

This loader then handles everything until the control flow is redirected to Netwire. It loads ntdll.dll into the memory, decrypts some auxiliary data such as LNK filename or RC4 decryption password. Afterwards, it decrypts Netwire, which is also loaded into the memory, and the “decoy” binary (ABBC Coin wallet in this case), which is saved onto the disk.

Subsequently, the control flow is redirected into Netwire. Netwire is a pretty much standard remote access tool, no significant modifications were made. The Netwire C&C lies at 46.166.160[.]158, this address was unfortunately unresponsive at the time we performed our  analysis.

The loader also tries to achieve persistence by copying the original binary to %APPDATA%\abbcdriver.exe and by creating an LNK file, leading to this binary, in the startup folder.

The code following the patched jump consists of many small code blocks connected by a network of jumps. This makes the binary rather hard to (statically) analyze without any preprocessing. With the help of an emulator, we are able to reconstruct the call graph and concatenate some of these blocks. While this approach still yields rather unpleasant results, it allowed us to get rid of some dummy instructions and simplify the control flow. Note that this obfuscation also utilises so called opaque predicates, i.e. conditional jumps with one branch that will never be reached. If we wanted to keep the analysis static, we would have to employ e.g. symbolic execution or other heuristics to resolve these jumps. However, for the purpose of our analysis, a simple heuristic, where the code following the conditional branch should lead to “reasonable” instructions, was good enough.

Brief inspection of the sandbox behavioral log reveals two calls of RtlDecompressBuffer, the second one decompressing our Netwire payload. Unfortunately, addresses of the compressed buffers lead to addresses allocated during the execution, meaning that we cannot access them directly during static analysis, and thus we will have to dive deeper in order to retrieve the payload.

The first RtlDecompressBuffer call takes data loaded by rep movsb at 0x01e6d44f. This instruction loads the data from the binary itself into an allocated memory (VirtualAlloc). Since user-space debuggers were probably detected by the sample, we decided to use a kernel debugger that got us to the offset that’s under ESI (0x004f9000), which leads to data in the .rsrc section. A brief check whether this data matches the input to RtlDecompressBuffer reveals that the data is encrypted. Fortunately, the decryption loop is located right after the block with rep movsb.

Looking at the XORing at 0x1e75ad6 we see that our key is hidden in EBX which is coincidentally loaded just before our rep movsb at 0x01e727a5. Furthermore, we can see that the key is static and thus the whole buffer is XORed by 0xca81c398. This buffer is then decompressed by the aforementioned RtlDecompressedBuffer.

This resolved our first question: where is the compressed loader located? Now two questions remain unresolved: where can we find Netwire payload and where is the “decoy” (ABBC Coin wallet) binary that is launched at the end?

Before the execution flow moves into the loader from the .rsrc section, the relocation has to be made due to the undeterministic nature of VirtualAlloc (and the presence of absolute jumps in the loader). The relocation is implemented in the same way as standard relocations in PE files. The relocation table has the following structure:

The offset of the instruction to be patched is calculated in the following way:
reloc_high + reloc_low[i] & 0xfff + allocated_memory_base

Unsurprisingly, the difference between the original base (0x10000000) and the base of the VirtualAlloc-ed memory is added to the residing 32-bit value. The list of reloc_low is iterated until the iterator points to the next row of the relocation table.

Since Netwire payload is unpacked using RtlDecompressBuffer, it should be easily trackable using the very same tricks we used before. However, since there is other stuff being dropped or extracted, we used VirtualAlloc for our breakpoints instead.

The first VirtualAlloc, coming after the unpacked loader, prepares space for ntdll.dll that is loaded with NtReadFile. This is becoming a rather common anti-debugging trick as debuggers mostly do not recognize calls into this manually copied DLL.

Now this is where it gets more interesting. The second VirtualAlloc is made for some internal configuration (LNK file name, RC4 key that will be used later on) that is located in the .rsrc section (0x01e632ac). Again, this binary blob is encrypted by a simple XOR cipher with a key 0x98c381ca. From now on, we’ll start with an assumption that everything is encrypted by the XOR cipher with a hardcoded key, this may simplify the analysis as it is straightforward to recover the key from the plaintext-ciphertext pair.

Our assumption failed immediately on the next payload (0x004899B6), its decryption loop contained the following instructions (note that we have removed superfluous jumps):

This is a keystream generation loop of the RC4 cipher. This brings us to another problem – we would like to find the key that was used to instantiate the table at 0x09458248. Unfortunately, the key schedule for the RC4 cipher is obfuscated by a stack-based virtual machine and thus we started to debug again. To illustrate the following process, we will recall the RC4 key schedule algorithm (see Python implementation below).

This time, we have set a breakpoint on the virtual machine’s instruction that is used to write to the table which allows us to recover the state of registers and thus access addresses of S[i] and S[j]. By subtracting the RC4 table’s base address, we obtained the respective indices i and j. Now, it’s trivial to step through the RC4 key schedule and recover bytes of the key from the index j. More specifically, we obtain a sequence:

This sequence obviously has repetitions (highlighted in bold) and these values seem to fall into the printable ASCII range. Using these observations, we recover the RC4 key: ixYiMFRX8SNFDJpHhURy. This key was loaded from the buffer, located in the second VirtualAlloc-ed memory (containing the internal configuration), into the loader. The decryption of this blob yields the ABBC Coin wallet binary.

Interestingly, the extracted binary matches the real ABBC Coin wallet (version 3.9.1). Later on, this binary will be extracted into the temporary directory under a name matching the following regular expression: [A-Za-z]{5}\.exe, and executed right away. We suppose that this is intended to mask the real purpose of the original binary. This payload will not be executed if the original binary is already in the %APPDATA% directory. Incidentally, this is the location where the original binary is copied to and thus it won’t launch the ABBC Coin wallet if ran at startup (through the aforementioned LNK file).

While we will discuss the virtual machine itself in the Virtual Machine section, we will have a brief look at its part, which is called a dispatcher (actually WiryJMPer has three more similar dispatchers). You may notice one detail:

Recall that the memory, where the loader resides, had been allocated by VirtualAlloc before calling the RtlDecompressBuffer and the virtual machine is in the loader. Therefore, bytes at the address 0x0034AF8C couldn’t have been set with this offset from the beginning and had to be patched during runtime as the address range for the loader is not known beforehand. This also indicates the need for relocations.

Now, we just need to find Netwire in the sample. We used the same approach to find VirtualAlloc that allocates memory for Netwire, we set a breakpoint on the write and then found a location from which Netwire is copied (offset 0x01e585b6 in .rsrc section). Luckily for us, it was encrypted using RC4 with the same key. The decryption yields a UPX packed Netwire, thus concluding the payload extraction and confirming its presence hinted by the sandbox behavioral log.

During the analysis, we discovered that the RC4 key schedule was implemented in a custom stack-based virtual machine.

Instructions are rather similar to, for instance, the WProtect virtual machine – arithmetic operations, jumps, memory/stack writes and reads, etc. We assumed a typical setting where registers are put onto specific positions in the stack during the initialization and then loaded back from these positions on exit. Due to the amount of instructions (and some duplicities), we will only provide a few examples of these instructions.

We  found files utilising the same scheme – WinBin2Iso binary patched to unpack Netwire and another binary. For example,  the decoy payload led to a different, yet legitimate, installer of Bitcoin Core (version 0.18.0). Others led to the Yoroi wallet, Neon wallet, ZecWallet, DigiByte Core, OWallet, Verge core wallet and others. The common denominator seems to be cryptocurrency wallets.

While the malware’s functionality isn’t very innovative, it has managed to pass under the radar for some time, probably due to obfuscation and rather low prevalence. The utilised obfuscation was easily overcome by behavioral analysis, nevertheless it served well in obfuscating details of the malware’s operation. Rather slow setup of the decoy showing multiple windows with unrelated titles may be suspicious enough for power-users, on the other hand, providing the “decoy” binary might be comforting enough for ordinary users. 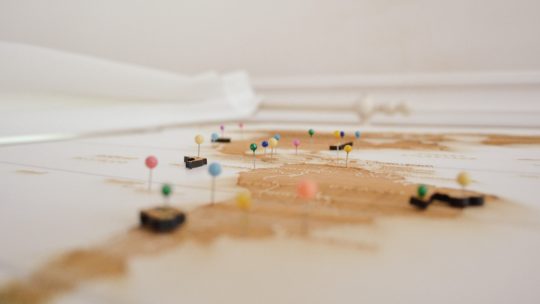 The secret life of GPS trackers (1/2)

Cheap GPS trackers can come handy in every situation, for your car, relatives, kids. But it turns out that many of them share the same flaws. Unsecured communications, default passwords and cloud environment that is far from secure. 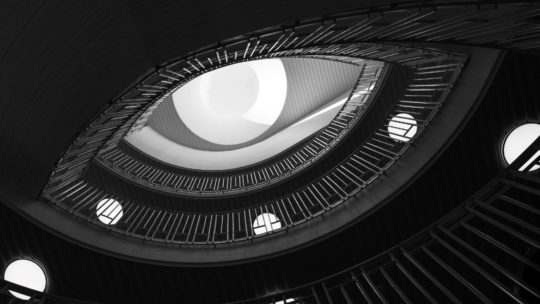 What’s new in this year’s Almanaq?

Mysterious dropper Almaq has caught our attention being a very specific .NET malware that was created and distributed only to attack two particular servers. Almaq is so tailor-made for exactly those two servers it contains servers' credentials and...